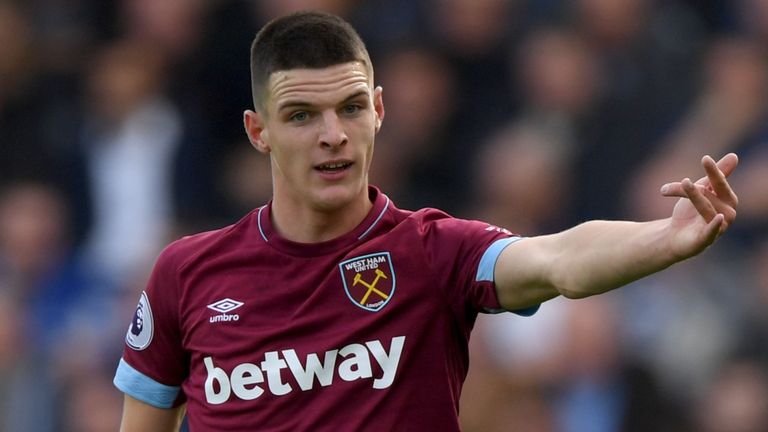 West Ham midfielder Declan Rice, could be available for about Ł50m in the summer and that could see Chelsea, Liverpool, Manchester City and Manchester United battling it out for the his signature. (90 Min)

Liverpool are prioritising a new deal for centre-back Virgil van Dijk, before considering talks over a fresh contract for forward Mohamed Salah. (Eurosport)

Manchester United midfielder Paul Pogba will delay a decision over his future at the club until the end of the season as the Old Trafford club challenge for the title. (Mail)

Arsenal are weighing up a move for Southampton left-back Ryan Bertrand, whose current deal runs out in the summer, as they look to provide competition for Kieran Tierney. (Evening Standard)

Arsenal are hopeful of securing the loan signing of Norway midfielder Martin Odegaard, on loan from Real Madrid. (Goal)

West Ham are planning to offer manager David Moyes a new contract at the end of the season. (Guardian)

Sevilla want to sign Atalanta midfielder Alejandro Gomez, on loan with an obligation to buy for 8m euros (Ł7.1m) in the summer. (Tuttomercatoweb, via Football Italia)