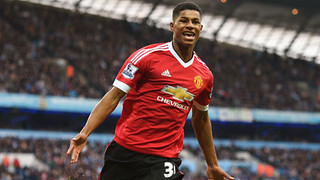 However, United's hopes of signing Upamecano in January may have been ended by their elimination from the Champions League. (Express)

Manchester United's senior players fear the team's inconsistent form is in part due to the number of tactical and selection changes being made by manager Ole Gunnar Solskjaer. (Telegraph - subscription required)

England forward Marcus Rashford, 23, says he wants to remain at Manchester United for the rest of his career. (Times)

Chelsea would need to make David Alaba their highest earning player if they are to bring Bayern Munich's Austrian wing-back, to Stamford Bridge. (Mirror)

Sheffield United are considering a move for Manchester United's defender Marcos Rojo, who is keen to leave for regular playing time. (Sheffield Star)

Christian Eriksen's salary at Inter Milan means the out-of-favour 28-year-old is likely to be priced out of a return to the Premier League. (Telegraph - subscription required)

Arsenal, Tottenham, Everton and Manchester United are interested in Bayer Leverkusen Leon Bailey and sent scouts to watch the winger score twice against Slavia Prague in the Europa League on Thursday. (Mail)

The Gunners expect to face competition from RB Leipzig, with Bayern Munich and Real Madrid also thought to be interested. (Sky Sports)

Arteta is hopeful of keeping Folarin Balogun at Arsenal. The forward's contract expires next summer. (Metro)

Burnley have reopened talks with defender James Tarkowski, over an improved contract at Turf Moor. (Mail)

Wolves are interested signing Marlon Roos-Trujillo from Mainz at the end of the season, but any deal for the midfielder could be complicated by rule changes around the signing of young European players after Brexit. (Bild - in German)

West Brom have begun identifying replacements for manager Slaven Bilic, who could lose his job if his side are beaten by Newcastle on Saturday. (Mail)